Keeping Your Distance To Stay Safe

I wrote this back in march on my old provider and site but decided to add some of the old posts to here. This post is still relevant to what is going on months later. Especially as there are a lot of changes that are happening day today.

The world will never be the same again. In November 2019 the world saw the beginning of a change in everyone's life. It hadn't been anticipated by anyone, scientific or not.
Now March 2020 everyone is expected to do their thing to help.
But what is it that's causing all this change?
Covid-19 is what has changed the world. In the simplest term, it is a respiratory disease that suffocates your lungs with mucus that solidifies in your lungs. There have been, deadly diseases but this one is the worst yet in over 100 years. The top 5 deadliest diseases are
And there have others such as Swine Flu/ Bird Flu (H1N1), and Mad Cow disease. The human version of mad cow disease is called variant Creutzfeldt-Jakob disease (vCJD). Which is believed to be caused by eating beef products contaminated with central nervous system tissue, such as the brain and spinal cord, from cattle infected with mad cow disease.
All who have been deadly but cured or vaccinated has been found on the whole.
There is one other case that was probably the most deadly and that was the Spanish Flu. It was from 1918-1920 and roughly a quarter of the world's population was infected. At that time that was 500 million people and people will have forgotten about such a deadly outbreak because of how long ago it was.
And perhaps you may only know about it because of Edward Cullen in the Twilight Saga phenomenon played by Robert Pattinson. In which it was said that he was made a vampire because Dr Carlilsle Cullen (Peter Facinelli) couldn't save him any other way.
Although the Spanish Flu was deadly and lasted 2 years we have no way of knowing how long this new virus will last. If it is curable or anything other than each day the number of people have either contracted or died from it.
Here in the UK, we are on the stage of social distancing and self-isolation when necessary. Some shops and cafes are closed or following other rules that can help. However, some people are just lazy or selfish and don't think of anyone else and aren't doing what is requested by everyone.
It has been all over the internet that food and other things have been either stockpiled. Making it impossible for the elderly and infirm along with key workers unable to get what they need.
This is embarrassing as there are so many people who actually need to get their food and necessary items. While some are just being selfish at this difficult time.
As a disabled person during this time and stage of the pandemic, I am having to stay in the house and garden and not go anywhere else. I am also washing my hands every hour for 20 seconds. My family is also doing it. So it seems like the world has gone crazy 🤪.
But please make sure that you follow the instructions that the people who know what is best to do.
Just after I wrote this originally we went into lockdown for 12 weeks.
Now things are tiered in areas of the country. Meaning that certain areas are in types of lockdown whereas others aren't. Where I can go out to see friends but only up to a group of 6 people in total. But I can go to get my hair done and go and get a coffee. However, some areas are completely shut down or partially shut down throughout the country.
at September 30, 2021 No comments:

How Are You Coping During These Strange Times? 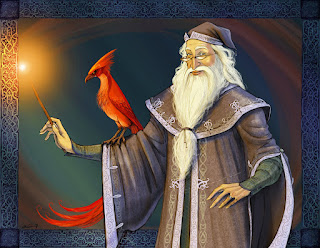 These are strange times we are living in at the moment. One of the aptest quotes of this time is said by Albus Dumbledore in "Harry Potter and the Prisoner of Azkaban" and it is "Happiness can be found in the darkest of times if one only remembers to turn on the light"
I feel that this is a strange time thanks to what is going on right now. Rules are in place all over the world keeping the population from going out from our homes except for necessary reasons or work and I mentioned this in my previous post Keeping Your Distance to Stay Safe.
Many people are beginning to go stir crazy because they are unable to do whatever they like whenever they like.
Most people realise that doing so saves the lives of many rather than the few. And we should be grateful for those too.
We have been in #Lockdown or some sort of #Quarentine while the medical professionals and key workers in all sectors of business go out to work. whom everyone should be grateful for their dedication and vocational take of their work.
What are you doing to keep yourself mentally well during this difficult time?
Reading?
Skincare?
Movie Watching?
Working?
Family Time?
Social Media?
Or a mixture of all that?
In my case, I have a family with who I live and can interact physically. But many people are on their own. And will be struggling mentally and physically in these difficult times.
Being a mum I am after a long struggle of my own with the situation and being as independent as I possibly can while also relying on others because of my disability and health issues.
So I have a routine for myself because I can control my environment and abilities. although this has gone to the wall on many occasions.
I am setting times to do things making it easier for me and using time deadlines for doing things so that I know what I am doing. I am also set time limits for things so that I can do more each day.
What are your choices?
Since writing this on my old provider things are still not back to what we used to class as normal. And I very much doubt that they will ever be the same as it was. Everyone has got their own opinion of what is going on right now. However, we have our own family members to think of first rather than of your own self.
Love and Peace
xxx
at September 30, 2021 No comments: