Three weeks with Herbalife. My take on the big Health Lifestyle Company 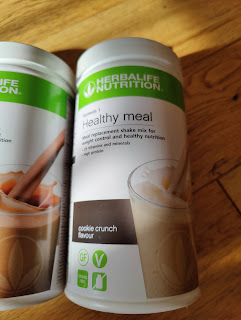 Herbalife is a lifestyle system that was started in 1980 and has health supplements ranging from protein shakes, vitamin supplements, bars and more. It has a big following and sponsors various sports teams and individuals such as La Galaxy, Cristiano Ronaldo, and the Israel Olympic Committee just to name a few.

It is a multi-level networking company that is introduced to members by other members by talking about the benefits of the supplements etc. Then getting people to be representatives for the company and introducing more people to the products and lifestyle.

There are lots of companies that do this, such as Forever Living, Juice Plus, Younique, Fredric Mohra (FM World).

I am not here to diss the way the companies are run as I have tried many of them as a distributor and found that way of work is just not for me.

However, as a person who is very conscious of what I should eat because of the way my weight also affects my joints and what agility I have left because of my cerebral palsy. I was very curious to know more about the company. And what they could do for me.

How did I get to know about the business?

Originally I saw a box with the name and also noticed that here in the UK the company was sponsoring the Paralympic team. During the original lockdown in 2020, I joined a Facebook page about cerebral palsy and got to know many people who have the same condition. But various types and stages depending on the person etc. One of whom is the Paralympian David Smith MBE. When he mentioned Herbalife and that he uses the products himself.

I have been sceptical about any lifestyle products that weren't being advertised by a person with the condition. So knowing someone else who has a similar condition using these products. Also seeing that the Paralympic team was using them intrigued me.

First of all, I was asked what I wanted as a goal and what I was eating generally. Also how much was I spending on lunchtime food?  From this, David worked out that having 2 shakes a day if I wanted to lose weight or 1 if I was thinking of maintaining. Originally I was thinking of losing weight but I wasn't sure.

After much deliberation on my part and life getting in the way. Along with David winning a gold medal in the Paralympics 2021 with  I was ready to take the next step in what I wanted to try.

After the break and life getting in the way. I got back in touch with David Smith and said I was ready to start. We recapped on what were my goals. At which point I said I wasn't exactly sure so wanted to trial the shakes on the whole. Especially as I wasn't sure about what would happen because I have endometriosis as well. And that is affected too by what I eat and drink.

Once we agreed that it was to be a general trial of the shakes he asked me what flavours I wanted. I replied with chocolate and cookies and cream.

The following day my order arrived and there was so much more than I expected and included everything I needed. Such as the shake cup, measuring tape, measuring scoop and cookery book. As an extra David had sent me some skincare. 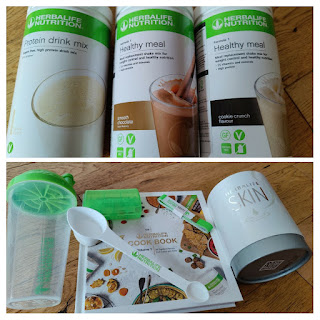 To make the shakes!

To make these it is completely easy. All you have to do is add 1 scoop of the actual shake mix and a scoop of the protein powder to 300ml of water. You can add ice too but I didn’t. My favourite flavour is cookies and cream. I was told you can mix the 2 flavours to make a 3rd of Chocolate Cookies and Cream but haven't as of yet. 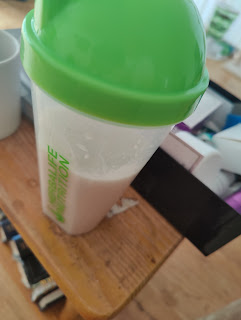 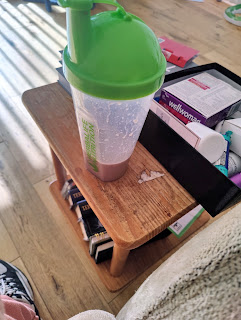 What I did next!

Over the next week, I tried to follow his suggestion of having 2 shakes a day however because of added complications I have decided to just stick with having one shake a day when I am super busy as they are the most compatible with me as I have been poorly with other types.