Cp Depression and your 40s

You're in your 40s and cp are throwing spanners in the works: 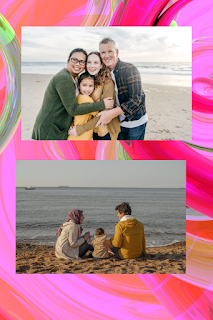 Ok, so you notice things are getting harder and you are more and more frustrated. I get it. I’m going through this stage of life right now and get what you are going through.

What happened for me to begin with

Life was pretty good to start with. The kids were off to school and I was in control of what was happening around me. Yet I could tell that things were going wrong within me. Not chemically but physically. It was the little things that I was losing control of, such as putting my shoes and socks on or crossing my legs at the knee.

Those Feelings kicked in again!

As I mentioned in previous posts such as The feelings of frustration, and despair because of the way things are with my body I felt that I was losing control of everything around me. This included the feeling of not being a good mum because of the inability of being able to do something that I perceive that the average mum can do. And some of the things that I couldn’t do. Sometimes it is frustrating that the children wouldn’t do the chores that I asked them to do. And they were chores I can’t do anymore. You may say what about asking your partner to help. Yes, I did and do but just sometimes it is the feeling of loss of independence. It can be the realisation that says in 10years time the brain damage that is consistent changes something else that you thought you wouldn’t necessarily lose but lose anyway.

I did what most mums would do which was to nag the kids to help but this didn’t work. Because as the kids got older they became more and more independent and didn’t want and still don’t as I write this. But I have to realise they are teens right now and don’t want to do anything that their parent wants them to do. And that is normal!

How I counteract those feelings:

When I first noticed that things were going awry I said to my hubby I thought I needed to go back on medications and so I went back to my doctor and went back on medication. And I’m not sure if I will ever come off them as anything can trigger an episode. And when I have been off them by mistake I acted like a completely wild animal with my anger and frustration. My kids have politely asked me to never come off them.

I also got another case of counselling and in this round, I had CBT (Cognitive Behavioural Therapy). Which I do use almost daily. Because there are things that can trigger an event that causes that to arrive. But that is diminishing slowly.

So I have said what I used to help myself in my moods in this post and the posts before I mention the different types of ways of getting help for yourself as an adult and to aid children who have cerebral palsy to learn how to deal with their condition as they get older.

But it is up to you how you help yourself or the person you care for.