Showing posts with the label urgh
Show All

This was originally written on my first provider but as I thought this post still had relevance now six months on in October 2020. The last few weeks the weather has been absolutely terrible. All it has done is rain. But none of the days has been as cheerful as the pictures above. Making my mood miserable and depressive. It has made it almost impossible for me to go out. Although  I can walk around the house, long distance is a no-no. Meaning that I am stuck in the house, However, I have been able to organise some of the things for the move.  Normally the weather lets the river be like this looking beautiful but recently the river has burst its banks. So I have been feeling low and stuck and trapped. Which has triggered a bout of depression? But knowing that spring is just around the corner and fighting winter as in the poem "The Fight of The Year" by Roger Mcgough? Which has been blogged by #MrsLaneEnglish on her blog  MrsLaneEnglish-Poetry Friday That poem is alway
Post a Comment
Read more 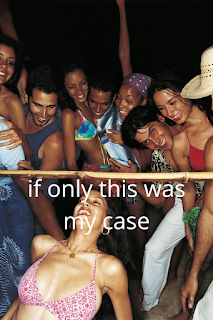 From a dictionary, the meaning of the word limbo is as follows:  noun, plural lim·bos. ( often an initial capital letter )  Roman Catholic Theology . a region on the border of hell or heaven, serving as the abode after the death of unbaptized infants  (limbo of infants)  and of the righteous who died before the coming of Christ  (limbo of the fathers or limbo of the patriarchs. But there is another form of limbo and that feeling of nowhere to go or turn. Realizing that the whole of the world is in some type of feeling of the same as myself is a form of comfort.  But the fact that I'm still waiting for the deadline for moving home is so aggravating.  At the beginning of this year, the house was sold and we have not yet moved.    I had been organised and thought that I would be in a new home by now. Unfortunately, the virus has hindered such an event.  So this feeling of limbo has triggered several personal feelings which have made my ability to write either blog posts regularly o
Post a Comment
Read more
More posts